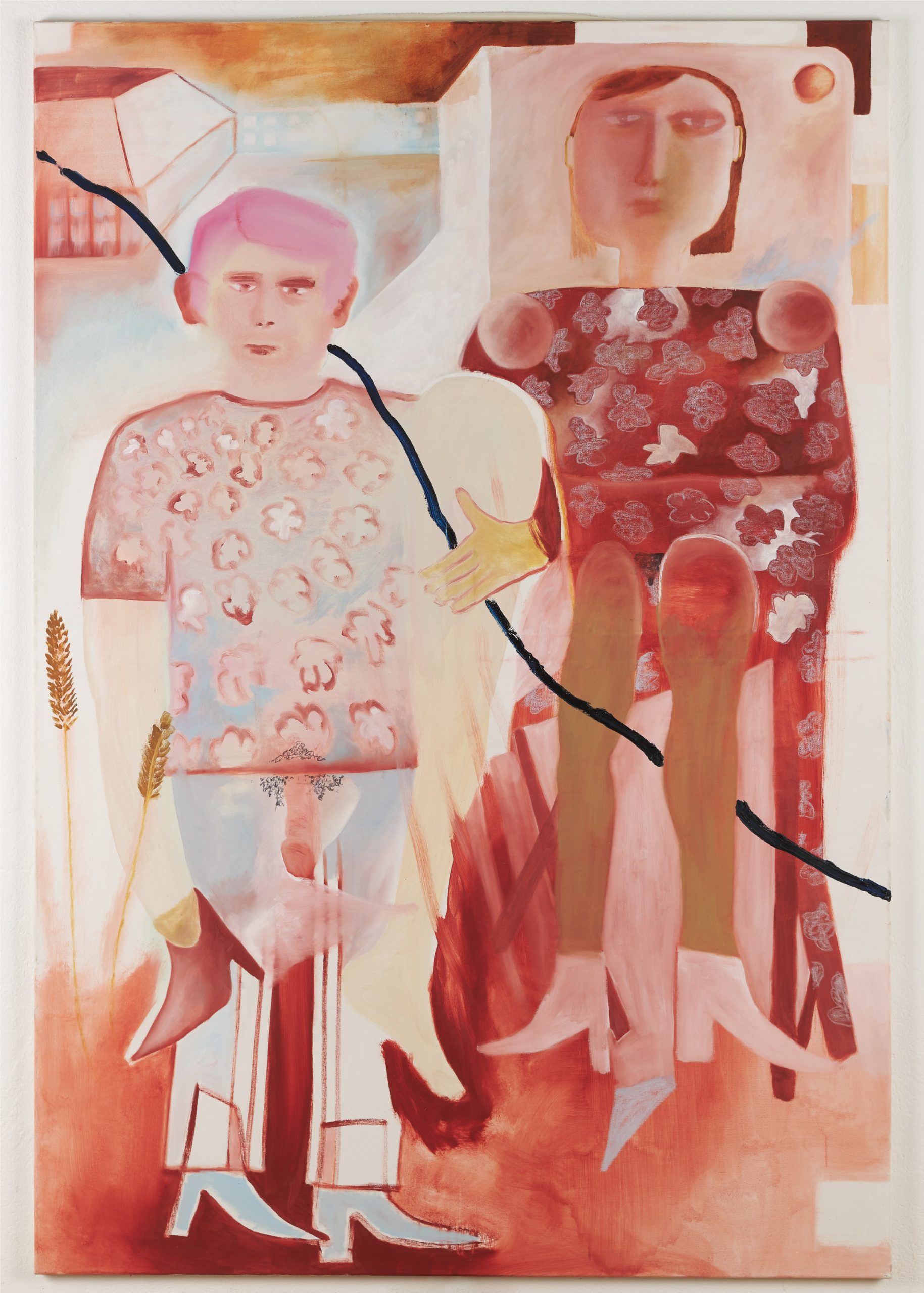 My work is about figures and their uniqueness to appear as different types. Their function within the open space, or rather, an ideology-free stage, is to be freely chosen by the viewers. It is an anarchic game without rules. The figures are genderless (non-binary) and evoke the viewer to fill this empty space through the vacant gaze. Certain actions can have different individual outcomes. Is it the beginning of a failed relationship or the approach to be taken? Physical characteristics are also dissolved and thus surreal situations are created. These surreal moments can be read as an illustration of certain feelings, for example those of "hovering". I leave this to the picture as well as the viewer.

The figures partly function in a kind of plug-in system. Body parts are exchanged, shifted, left out or replaced for example by a prosthesis. It happens that the figures are completely omitted and have already left the stage of the “game”, leaving behind those objects that people have developed to complete others or themselves. The prosthesis, for example, then becomes a remnant because there are no people left to complement it. So do the objects refer to a miracle of healing or should they be read as symbols of human creative power? Quite apart from this question, the things made by humans and conceived to improve their anthropological possibilities develop a peculiar soul and dance on the opened stage of life against a light blue background, seemingly forever, even if the figure has long since left the stage.

In some of the works, lines can be seen that complement the space compositionally and in terms of content. They are lines, similar to the structure of a blackboard at school, which also question a system. A system of stagnation, pressure to perform and repetition, which in its simplicity can quickly fade away. On the one hand I use it as an analogy to painting, which means that the more often I stimulate the process of repetition in the expression of writing, the better it becomes. Similar to the process of painting. Personally, a blackboard also evokes a certain feeling of pressure to perform and demand rules. Thus even a blank blackboard can imply enough. Likewise, a personal feeling of the observer.

Through the technique of monotype I use, i.e. the printing process by drawing from the back of the canvas on a plexiglass surface applied with paint, unplanned structures of the colour application are created. Thus the picture with its, partly strict structure, is complemented by random moments. During the working process this gives me a certain freedom of possibilities, which the viewer in the "end result" of a painting is also entitled to.

about the project
other projects by this artist:

more in this category: